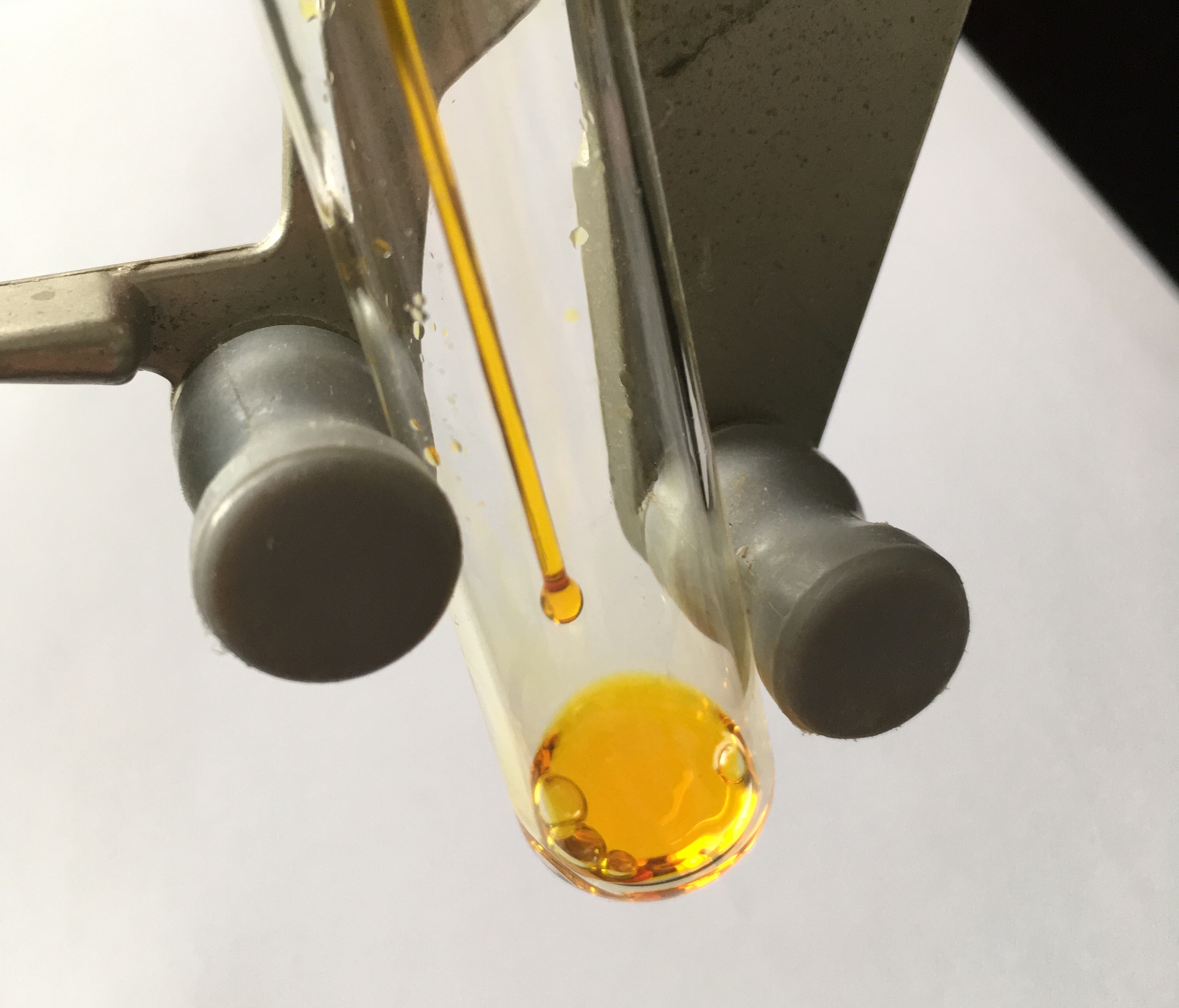 Mandarin fruit (Citrus nobilis) essential oil is an aromatic delicacy. By experience, we observe that it regularly is either adulterated or confused with other citruses. Chemically, there are a few good keypoints to look for that will tell if a mandarin oil is genuine. We also provide an annotated typical chromatogram (figure 1). The information provided below was prepared from our experience and ISO 3528:2011.

These two common monoterpenes are more concentrated in mandarin oil (respectively above 2 and 1% in general) than in sweet orange or grapefruit, while the β-pinene is much more prominent in expressed lemon (>8%) or lime (>16%) oils.

The hallmark of most citruses oil is prominent too in mandarin. However, it is found in smaller concentration in this oil than in orange or grapefruit, for example, usually remaining below 75%. Most of it is the (+) form.

Second to limonene, this is the most important monoterpene in mandarin (>16%). This feature is not shared by many other citruses, so it is a characteristic for Citrus nobilis.

This is another quite characteristic marker of C. nobilis, as this compound is not encountered in most citruses. It can be encountered at levels up to 0.6% in mandarin. The leaf oil can even contain more than 50%! It contributes to the aroma of the oil.

This relatively rare sesquiterpene (in fact, it is almost only found in specific citruses) is comparatively abundant in mandarin oil. There should be at least 0.1% of that compound in the oil. It also is a key contributor of the oil’s scent.

Expressed oils from citruses are brightly colored. This is in part due to flavonoids, which are yellow or orange polyphenolic compounds. They are not so volatile, so the GC run has to be longer to catch them. Tangeretin is one of those found in mandarin.

Figure 2. Structures of some markers of mandarin oil.